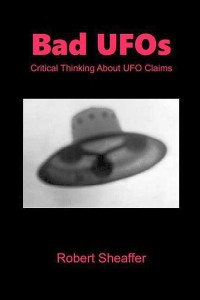 More and more researchers, looking critically at the evidence are concluding it was very unlikely that a real UFO crashed at Roswell in the 1940s. Its amazing that the turn around has taken this long but given the evidence it had to happy some time.

One of the most respected UFOlogists, Robert Sheaffer who wrote the book Bad UFOs is one of those who believes that the crash never happened. And whats crazy its a reversal of his previous stance on the issue.

All Scripture is God-breathed and is useful for teaching, rebuking, correcting and training in righteousness, so that the servant of God may be thoroughly equipped for every good work.
2 Timothy 3:16-17
DailyVerses.net

This message is only visible to admins.