When you need saving and you didnt know – Saving Private Ryan 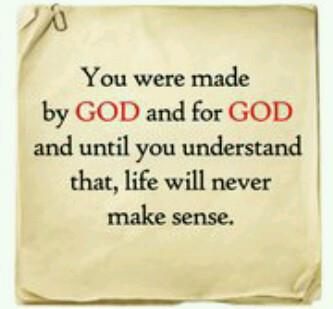 A mother.
Four sons.
Allowed all four of her boys to go to war during World War II. Now men may be men, and even though grown men have freedom of will and choice, having no father, I’d bet they had to ask for permission to go. She may have cried and said she didnt want them to go for fear of their likely death, but her sons probably ‘persuaded her to let them go’. The movie speaks about her brave sacrifice on the altar of freedom. During the course of the war, the men in charge of writing letters of condolence and assigning soliders to take the news however notice, that one woman back home in the US was repeatedly getting one letter after another. Same woman. Same address. Knock on the door. She’s the only one home. After the 3rd letter finally caught the attention of a high ranking officer, he questioned his aides and asked “this woman has lost 3 sons to this war, she has no husband, no other children, no daughters, she is alone in this world, except for one more son? Assign a company to go find this boy and send him home.”

To which the aides replied “but sir, his in the middle of Normandy” “is he alive?” the general asks. “We don’t know he could be anywhere?!” Again, the General responded and said he didn’t care and assign a company of men to go find this private.

Q: Does it make sense to send 8 to rescue 1 low ranking private?

Later in the movie, the general in the letter of condolence presented to this bereaved mother says to her, and I quote “I pray our heavenly Father, may assuage the anguish of you bereavement and leave you only the cherished memory of the loved and lost, and the solemn pride that must be yours, to have laid so costly a sacrifice upon the altar of freedom”

Later on the movie, one of the soliders in the band of 8 say to his brothers “someday we might look back on this and decide that saving private Ryan was the one decent thing we were able to pull, out of this God-awful shooting mess. We do that…we all earn the right to go home”.

Q2: Have you ever asked yourself why God, after lucifer messed up, knowing some would never believe, decided tosend Jesus anyway? “one decent thing“. Inspite of everything, does God look at fallen-saved humanity (God-awfulspiritual mess) as worth Christ doing it anyway?

WP-Bible plugin: who for the joy that was set before Him endured the cross, despising the shame,…. are you worth it anyway to God, to Jesus, despite what He went through, despite some never believing, despite some believing a little bit….did saving us, make it all worth it for God?

Q3: Imagine if you can, the Crucifixion being a test. Imagine if the beating, the whipping, the thorns, the bleeding, the dying was a test or a contract, to earn the right to save everyone, inspite of their sins? Can you imagine that for a moment. Like private Ryan. Imagine if for a moment, Jesus had to prove to the world, the universe, the true nature of love as a condition to His resurrection?

Hard to believe? Hard to handle that idea cause being God, the resurrection was His right. What proof, He’s God anyway?! Why does a band of 8 men, think that saving one man, would earn them the right to go home.

Because they had to fight through enemy lines. They risked themselves. Then you’d ask so are others! Why do they get to go home and their brother soldiers don’t?! Well because they set out to rescue private Ryan telling themselves this one amazing insane thing, his 1 life is worth more than our 8 lives. Now stop and ask yourself for a moment if a movie director or a writer could think up something more beautiful and loving than God actually is?

Three verses to help with Q3 that should really blow you away
– Jesus was indeed convinced, that your life was worth more than keeping His. Can you see the trade that happened?

WP-Bible plugin- For He made Him who knew no sin to be sin for us, that we might become the righteousness of God in Him.

Our life worth less (not worthless but worth less than God’s) for His Infinite life. Our 1 for His 8. His infinity for our coupla billion. Our mediocrity for His glory. Our sin for His righteousness. Our debt for His credit. It makes no sense no matter how you look at it if you can assume two things. He’s God, we’re not. Whether you believe that or not, but if you can just imagine it for just a second….its totally not fair, right, just, balanced. No sense. “Foolishness” as the Bible calls it. And here’s one of my favourites.

Which do you want. Youre husband to love you even after youve betrayed him? Your wife to forgive you even after youve shamed her? Its not fair. Its not right. But in your moment of mistake. If the shame of your guilt. At that moment. If it were humanly possible. Wouldnt you want the love of your life. Your other half. Your bone of your bone. Flesh of your flesh. When youve hurt them, to somehow find the strength to love, need and want you anyway? Wouldnt that wife, want her husband to not only forgive her, but also want her, like when they first started dating? To get excited when she walks into the room in that clingy dress. Even though she’s been unfaithful in the past? Wouldnt that husband, want his wife, to somehow, find within her, after she’s forgiven him, to still be able to say to him, “honey, you….are the man!”. I’m not saying these unfaithful partners are right. But in the madness of hope in that moment. In the longing for vindication and for things to go back to the way they were before when everything was great between us. I’m asking you, wouldnt you want your other half, to love you so unfairly? SO undeservedly?! Not even knowing if you might do it again. Wouldnt you want them to be mentally (divinely) unstable enough to cherish all over again like nothing ever happened? Come on people! We know its impossible. We know even forgiveness bears hurts and nutures grudges and lives with scars and fears being hurt again.

WP-Bible plugin is one of my favourites. God, loves me anyway, his wayward bride. He bought me with blood on a slave block and yet i have children by other men like hiphop, sex, drugs, alcohol, or whatever my (your) pioson may be. There is no guarantee for God that i’ll change, after he loves me (Hosea) with that first love (don’t ever say theres no grace in the Old Testament, you dont know what you’re talking about).

Have you ever made a mistake? Didnt you want it to be all better to be all ok…like it was in the beginning? funny isntn it. As the wronged party youre like Heaven no (I couldda said somethin else but you people have a delicate constitution).

WP-Bible plugin – 17 Therefore, in all things He had to be made like His brethren, that He might be a merciful and faithful High Priest in things pertaining to God, to make propitiation for the sins of the people. 18 For in that He Himself has suffered, being tempted, He is able to aid those who are tempted.

If you havent watched the movie recently or at all, to get the full geist and depth of this below I suggest you watch this trailer. (PS-i apologise for those of you with delicate constitutions. One or two words may be a bit blunt, but please overlook that and listen to the rest of the conversation. These are men of war.)

Now imagine the conversation between Jesus and the Father.
Assume a few things.
1) The Father loves Jesus – J 3:16 – Jesus was the only boy the Father had. An only Child and only Son. John 5:20John 5:20
English: World English Bible - WEB
301 Moved Permanently Moved Permanently The document has moved .

I have no children yet. I have daughters of my heart but not yet of my blood. But even then, I would NOT give you my child to save you for a mistake you made. On purpose. By choice. Knowing what you did. And then turn around and give you the life and blood of my boy?! Never. Which is why the Bible says, scarcely will a man do for another, maybe, not sure, one might die for a righteous man. Maybe. Now since you messed up I must give you the blood, breath and life of my child for an un-grateful, habitually-self-concerned and no-guarantee-you’ll-accept-me-you?!

I could not! I would not!

I didnt even know I needed saving.
Nobody asked me!
They (the Godhead) just came down, into the warzone for me.

But imagine that conversation between Jesus and the Father. Like the General in this movie and that band of 8 soliders who went to get private Ryan.

You and I, know it or not, like it or not, are Private Ryan. We’re not a major (an angel), we’re not a major general (a god). We’re just a private. And it was worth it in the Father’s eyes, to risk His best, for you and me. A lowly private.

Every good and perfect gift is from above, coming down from the Father of the heavenly lights, who does not change like shifting shadows.
James 1:17
DailyVerses.net

This message is only visible to admins.